Awassa has one of the successful humanitarian projects to raise good and happy orphan children in Ethiopia using the best orphanage system of the SOS Children's Villages, which is one of the largest orphan charities in the world. 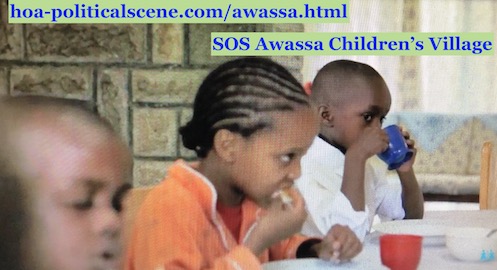 The humanitarian network extended that time to cover Eritrea and provide its services through Asmara SOS Children Village to many orphaned children before and during the liberation of Eritrea and few months after the liberation.

I had access to this village where I conducted one long reportage with interview with the manager of the village. I knew the organization from that time. 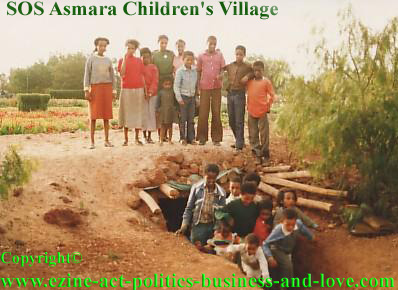 Awassa (አዋሳ) is also known as Hawassa ((ሀዋሳ), a word that has not any relevancy with the Hawassa tribes of Nigeria.

However, the migration of these Nigerian tribes through history is well known, as they used to get on foot through lands until Port Sudan and then Mecca for pilgrimage.

They used also to rest, or return to one or another of the lands they have crossed and loved to resettle and build their communities. The Ethiopian village was not one of their routes, but some villages in Sudan and Eritrea were in their routes. So, it is apparently that some of them have returned to some of these villages and resettled there.

The ethiopian town is across Debre Zeit on the shores of Lake Awassa in the great rift valley at the south of Addis Ababa.

After a decade of the journalistic coverage and while I resettled in one of the European countries, I received many letters annually from Awassa Children's Village in Ethiopia, which is one of the projects I donated to it for a long time.

This page and the page on the link above about the Ethiopian village obviously support this project. These are the messages I received from this children's village in Ethiopia to read and act positively to sponsor one child.

It's our great pleasure to think of you at this time when the whole world is in high Christmas spirit.

As usual, our village in Awassa remained to be a home for many children keeping them happy and healthy.

We're able to do that with your continuous support and we could not thank you enough for that.

We're also grateful for our mothers who are the cores of SOS families rearing the children as their own. As time goes by, it’s inevitable for some of them to retire. Hence, we've been training 25 new mothers who will replace retiring mothers in the SOS Villages in Ethiopia.

We were having a pleasant sight of watching our kids play different games running here and there during their summer vacation.

The clubs, which are intended to strengthen children's mental and physical ability, have been active. The Circus Club organized juggling training for it's members.

Children from other SOS villages who are inclined towards juggling came to our village to attend the training.

Our Scouts also were enriching their ability in various aspects. They were having exercises on giving first aid, protecting natural resources, identifying directions, exchanging scout codes etc... They also had visitors from Switzerland who shared experiences with them.

Anti-AIDS club of our village has continued its fight against HIV. Our kids have been working closely with the Family Guidance Association and other Anti-AIDS Clubs of the town.

They took part in the workshop that the Association prepared. They were also working together with students from Addis Ababa University on the Anti HIV program during summer break.

The general knowledge competition was also very hot among our kids. In addition to widen our kids outlook, it has been a source of excitement to everyone participated.

Our farm that supplies our village as well as the community with various agricultural products was engaging some of our children during summer. Those children in agricultural fields were working on the farm and got valuable experience in return.

Among our children who took the entrance examination of HGIC, Herman Gmeiner International College in Ghana, four of them were successful. They are left for Ghana to start their education.

On the other hand, our youth who had been in various higher educational institutions have graduated at different levels.

Two youth have their bachelor degree from a university in USA and Addis Ababa respectively. Another two graduated with diploma from SOS Vocational Training Centre. Three youth have also graduated on Hair Dressing with Certificates.

Day by day, our children who need our special attention due to their slow mental development are showing progress. Three of them are now graduated with certificates. Two of the Hair Dressing graduates are among them. One is graduated on leather production.

We've been trying to keep our kids healthy. The clinic is working hard in this regard. Not only our children but also the children of the surrounding community are getting medical care and health education on Personal Hygiene, reproduction health, HIV/AIDS etc...

The clinic furthermore gave Tetanus vaccine to female staffs, their dependants and our girls under 16.

We've been trying to keep our AWASSA children as comfortable as we can. The power breakdown that we were frequently having is now solved as a generator is installed.

We're looking forward to what 2004 holds for our country. But we're not keeping our hopes up. It leaves us with heavy heart to tell you that there has not been much change in the lives of our people who were affected by the drought.

Of course, summer was rainy in most parts. However the rain was not enough to make the people stand on their feet.

Still government and non-government organizations are trying to address the problem with full support from the community. It looks that it takes more than good weather condition to change the lives of people who have been living below the poverty line for a long period.

Finally, we would like to tell you how grateful we're for your continuous support.

May your Christmas be filled with happiness and joy, followed by a wonderful New Year!

Donate Direct to SOS Children's Villages through the link of SOS above.

Are you looking for more children's villages?

Use the search tool at the third right column and enjoy.

In addition to Awassa, or Awasa, you may also be interested in the other humanitarian articles at the Humanitarian Network. Read those articles through the following links:

Have any story about Awassa in Ethiopia or other children's villages in the Horn of Africa? Fill it in the comments form below and enjoy some e-books I am giving away as gifts for you when you submit the form.

If you intended to read and write about beautiful places in Ethiopia, including AWASSA, please visit Gondar and Any Beautiful City at my daughter's website.

Comments, or new articles about Awassa appear at the second section of the page below the comments form.

The website building and optimizing tools called "Solo Build It" / SBI below empower this page about Awassa in Ethiopia. The same websites-building tools empower the entire network. 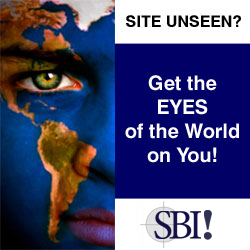