The Sudanese Intifada is Our Hope to Have a Beautiful Sudan!

Part 3 is at Sudanese Protests and part 4 is at Sudanese Uprising. So, please, come here, when you complete this page to read the rest at the linked pages. Thanks. 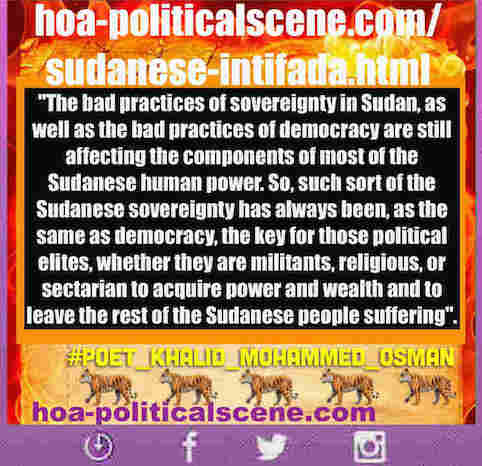 We hope that the INTIFADA will conquer all the national makers of the  Sudanese crises, whether they wear military uniforms, or Islamic gukftans. We hope the new Sudan will rise bright and beautiful after all these long years of burning.

The term of "intifada" is synonym, or as the same as the term "revolution" and the term "uprising", by definition. It is also relevant to the term "protests". That's because, protests in many cases develop to uprising.

So, you'll indeed, read part 3 of the intifada in Sudan at the Sudanese protests and part 4 at the sudanese uprising.

In general, there is no way to say the intifada breaks out alone, or by accident. It's the outcome of burning stages of public passion, especially when this passion last for so long.

But, before that, it is the outcome of hard efforts made by intellectuals, whether inside the country, or abroad in the diaspora, among them are journalists, artists, poets, novelists and philosophers.

The intifada, whether in Sudan, or elsewhere, always needs motivators, enlightening the way to the people.

The enlightenment goes through numerous activities, among them is writing, as a classical way, which is nowadays supported by audio and video broadcasting and posters. 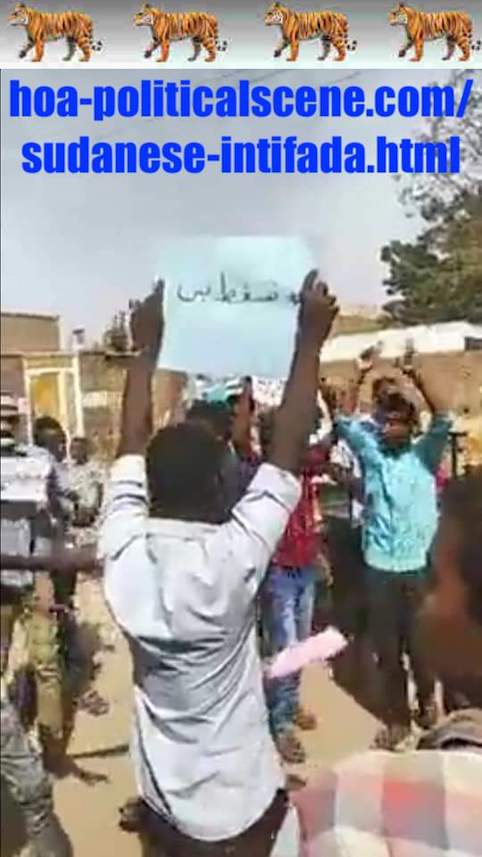 It worth saying before any Sudanese intifada, we started the Sudanese revolution against the military religious regime of what's called the National Congress party, earlier in the beginning of the nineties.

Yes, there was prior revolutionary attempt to bring down the totalitarian regime of the criminal Omar al Bashir, whom we now know wanted by the International Criminal Court (ICC) for crimes against humanity (genocide in Sudan).

But, that was so different intifada in Sudan, as it went through a failed military coup attempt.

After that, the regime of this criminal ruling Sudan, has executed with no even any kind of human mercy all of the military officers of the Ramadan coup and buried some of them alive, in Ramadan, despite that Allah forbids the killings especially in the Holly month.

They still say they are Muslims. What Muslims are they?

The beginning of the revolution in the nineties was different from that coup, because it was based on militants and civilians getting together.

Therefore, it was planned to launch a training center for the revolution to train civilians, so they could take essential part of armed struggle and the revolution against the dictatorial regime of Sudan. 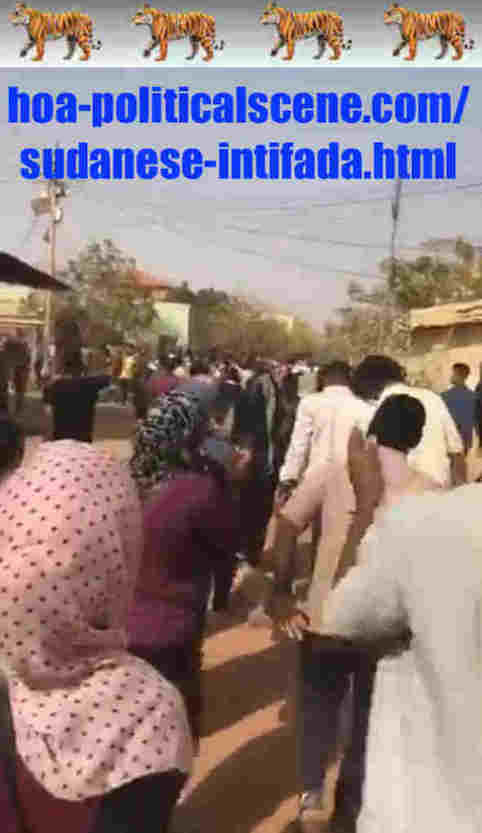 I had been among the first group in that Sudanese revolution. Before that, I escaped through the borders to my friends in Eritrea, whom I knew since the early days the Eritrean People's Liberation Front (EPLF) started the struggle to free Eritrea from Ethiopia.

The (EPLF) has acieved that during Haile Selassie's reign, with a joint armed struggle with the Ethiopian Tigrian People's Liberation Front (TPLF). The two fronts liberated Asmara and Addis Ababa.

From the first day I escaped there and after welcoming me warmly, we discussed the Sudanese issues and I told my friends that many Sudanese will follow to flee to Asmara. I consider my Eritrean friends comrades in the same revolution line.

I started immediately my work in the official newspaper, (Haddath Eritra) in the second day. I found six Sudanese there, I call them by names as Abdulmoneim Mohammed Rahamt Allah, Adil Al Gassas, Tahir Bushra, Taj Eldeen Nuruldaim, Gamal Hashim and Fadil Kabashi.

We began to get together to organize a front for national Sudanese opponents to the regime in Sudan and we got many followers afterwards to start writing memoranda to the Eritrean President and do some other national activities against the totalitarian regime in Sudan.

We succeeded to close the embassy of Sudan in Asmara, which was primarily working that time to spy on Eritrea and conspire by helping the Eritrean Jihadists against the Eritrean government and to spread the base of those Jihadists in the entire Horn of Africa and East Africa.

I knew that time the Sudanese intifada will begin by such steps to pave the way and enlarge the body of the revolution and get it inside the Sudan through the borders.

My colleagues know that too. So, when the armed struggle started, I joined that revolution that time, so I am eye witness of that revolutionary event. 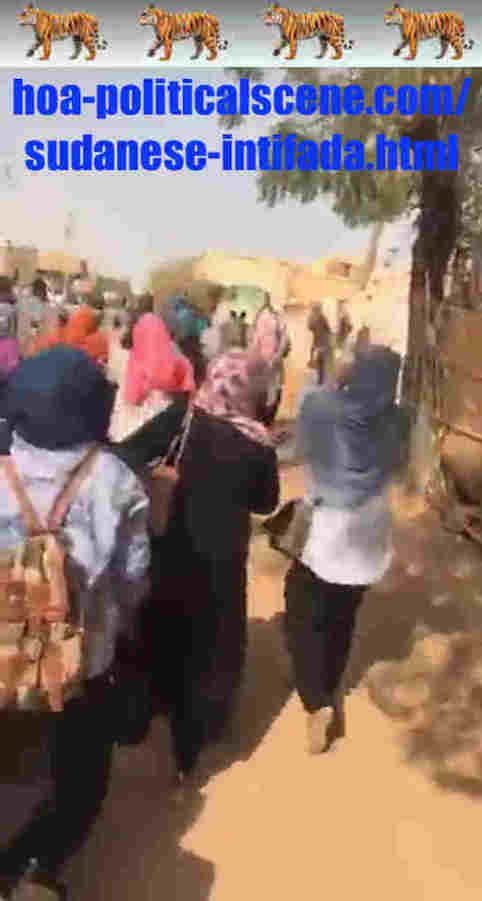 I took the responsibility of the revolution newspaper, which I edited, published and distributed using one of the press offices of the Eritrean National Youth Union.

I did this while working at the same time in the Eritrean official newspaper, the youth newspaper, arising concerns for children and women, taking the gender as serious issue, and organizing public activities to launch the Eritrean National Environment Organization.

Conflict in the Armed Sudanese Intifada!

In the Sudanese armed struggle we had some sorts of conflicts. So, to eliminate eruption, our revolutionary organization "The Sudanese Alliance Forces" found itself obliged to launch the political devision of the organization. This is going to come in details in another page.

So, I continued to work in the newsletter and as a talisman for the political section until I left after another dispute. The desputes have continued to make many political leaders leave the "Alliance Forces" and operate separately towards acheiving other missions.

"Amal" has launched after a talk between me and Alex du Val (Wall), the head of the Adrican Organization in London that time, when he first fisited me in my office in the central office of the Eritrean People's Front for Democracy and Justice (PDJF).

This is along story, so I reserve it to another page.

Before I left, there were two events I took part of actively and came with in depth enlightenment to both of them. I was even being mesmerized, as to how I reached that point of analyzing! 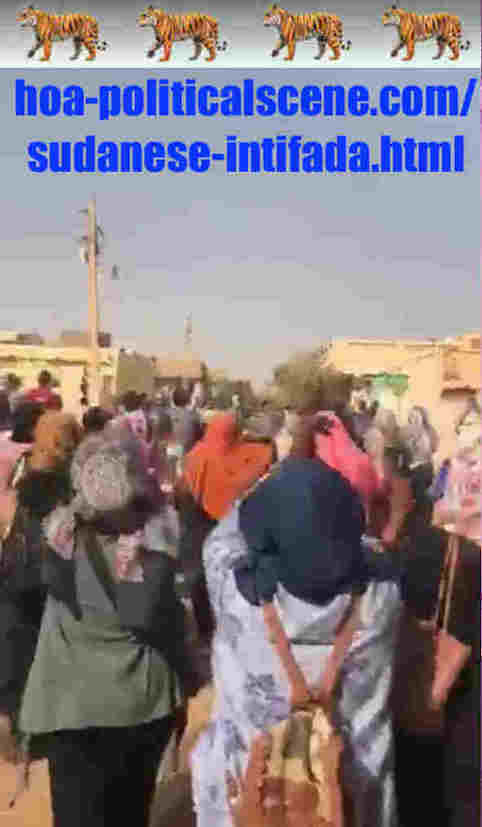 National Understanding to How the Intifada Thinks!

First, in the first event, I presented, as a Sudanese intellegence a paper titled (Mechanisms of Peace in Sudan).

Tthat was when the totalitarian regime in Khartoum sought the alienation of the Sudanese Liberation Movement (SPLM) by entering into direct talks with her to offer a way for peace in the South Sudan.

As it came from a terrorist regime, so, it was a conspiracy plan from the regime to absorb the armed Sudanese intifada and to weaken the Sudanese opposition and break it into pieces. The regime has succeeded, ultimately.

In my paper, I explained that any peace has mechanisms to be filled in for peace to be peace and not only words on papers that mean nothing more than giving this bloody regime a legitimation and  break.

I stressed on that, when they ut the agreement in place, the war will break in the South Sudan. That was what has happened. unfortuenately, as I have expected. 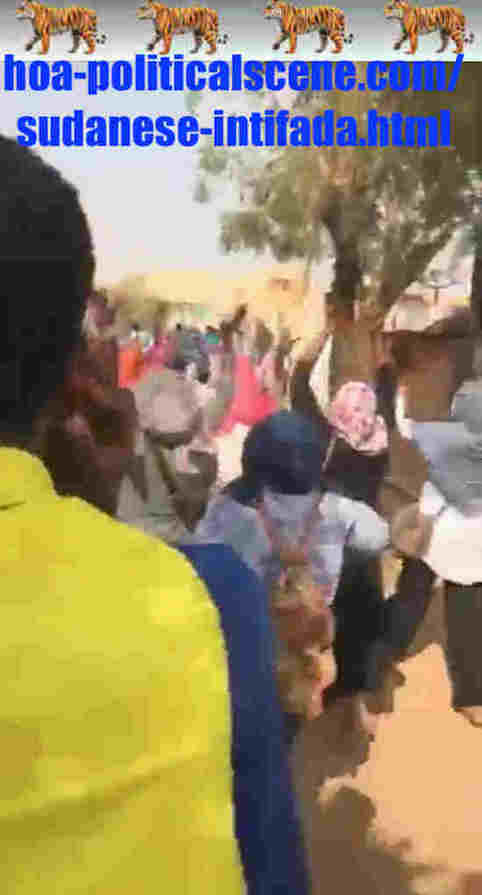 I said that's not the way to create the new Sudan, as the south movement see. It's rather a way for the South Sudan to spilt from the Sudan. The referendum in Southern Sudan has proved that.

The south movement was interested at gaining that and only that, which proves that her new Sudan project was just a lie.

I heard that the Sudanese opposition in the north Sudan hasn't given the south movement a way to proof that they are strong to conquer the totalitarian regime.

Besides, all of that has happened when the STUIPD Ethio-Eritrean war was broken and the Ethiopian army swiped Eritrean territories, where the armed Sudanese intifada has camps.

I had been mad angry at that point and I spent most of the nights running as a mad man on the streets from bar to bar, hunting bartenders to burn my anger. Yes, I am frank, as hell.

That was because I have always been a supporter to the integration of the two revolutionary fronts in Eritrea and Ethiopia and had already written articles about this integration and how it could help all the states in the Horn of Africa, especially Sudan to get rid of the terrorists in the area. 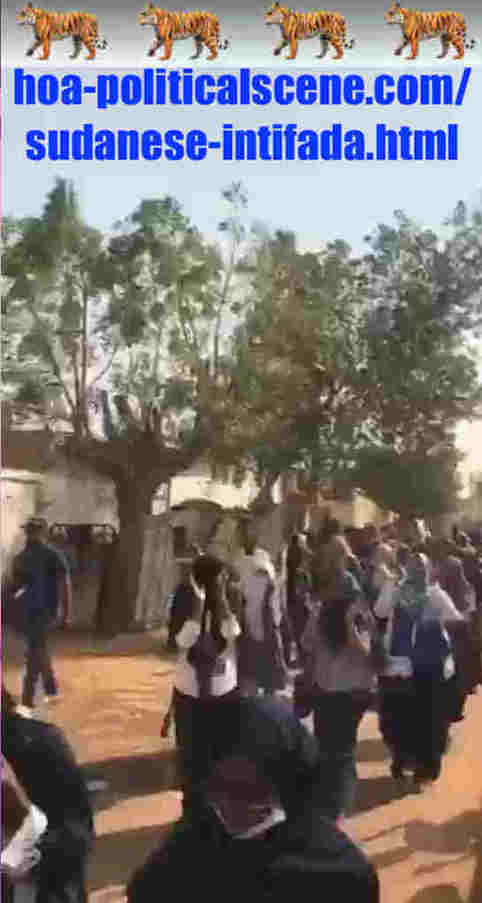 You can watch documentaries on Sudan on documentary film at TVCinemaApp.com.

If you have comments, or any thoughts about the Sudanese intifada, you are welcome to write all of that herein the Comment C2 Entries form. Your comments will add values to the comments on Sudan. Share the link of the page. Thank you very much.

Comments on the Sudanese Intifada appear on the second section of the page, below the comments form. 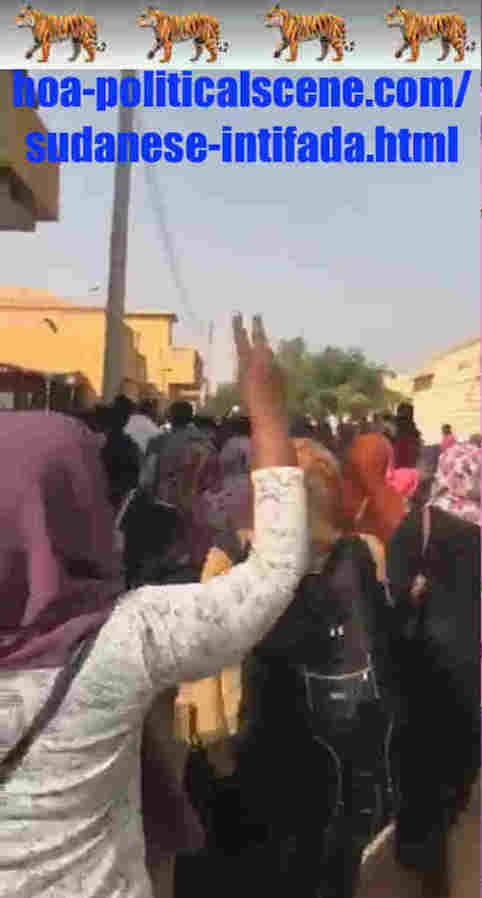