In the Ethiopian political scene, we have an interesting outcome! There are wide and open political perspectives in Ethiopia. They stretch like the horizon of varieties in this state. 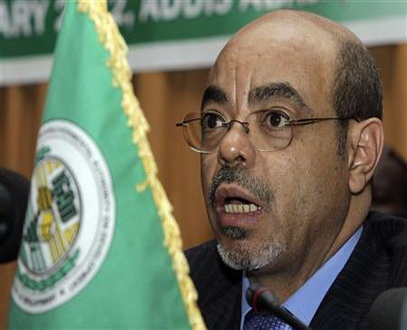 hoa-politicalscene.com/ethiopian-political-scene.html - The Ethiopian Political Scene during the terms of the Ethiopian prime minister Meles Zenawi Asres. He changed his first name from Legesse to Meles, who was a student martyr's of Menggisto in 1975.

The stretched horizon of varieties in Ethiopia requires intelligent performance of this mixture in the political system.

Instead of that, the open and wide perspectives open an area of good political understanding and implementation to social justice; they open the wrong doors to political clashes.

The political clashes inside and outside the political scene in Ethiopia are of historical nature sometimes and that's because many of the Ethiopian regions nowadays have been aggressively annexed to the state to create Ethiopia, during the imperial influx into the Horn of Africa.

Building a strong united and Christian state from the Somaliland and other lands was the premier policy of the colonial powers in the Horn of Africa, during the imperial conquest in the HOA and East Africa.

However, you can use the search tool below to find books about the ETHIOPIAN POLITICAL SCENE. 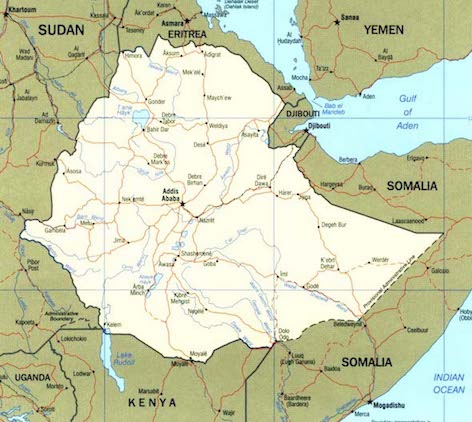 The Ethiopian Political Scene in Between Hopes and Doubts!

Many tribes in Ethiopia have taken by force to build the empire.

The centralism in policy devastated the Ethiopian people and annexed many people like the Somalis, the southern African people from Kenya and South Sudan and the Eritrean to Ethiopia.

As Ethiopia was a closed land in the hurts of the Habasha heights, kings and emperors sought annexing lands with passages to the sea.

Through history of wars including the ethio-eritrean wars and great pains, many people on the area survived the Ethiopian locust invasions. It is always bad when it comes to politics, nevertheless, how much good the people are. 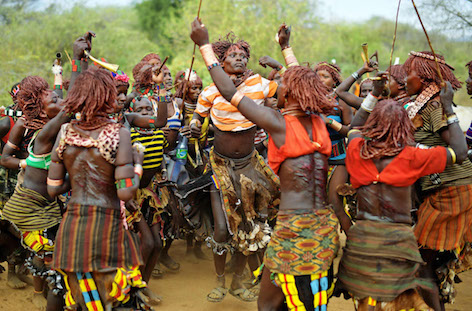 hoa-politicalscene.com/ethiopian-political-scene.html - Ethiopian Political Scene - Southern people annexed to Ethiopia during the European imperial conquest in the horn of Africa and East Africa. See movies of Ethiopian tribes at TVCinemaApp.com.

Ethiopia fell under the Italian colonial rule after the Italian occupation in 1936-41 during the Second World War. Before that period, the political struggle in Ethiopia since 1914 ended with a conspiracy that led Haile Selassie to be emperor in 1930.

The military junta, called the Derg took over power in 1974 after a period of hard political struggles led by socialists and revolutionist Ethiopian students.

The Derg tumbled Haile Selassie and ruled the country from 1974 to 1991. The coup was led by Aman Andom on 12 September 1974 and Aman Mikael Andom acted Head of State by appointment, until Mengisto Haile Maryam took over to rule by iron and fire.

The Oromo Liberation Front (OLF) withdrew from the transitional government in 1992 and was subsequently banned that time.

While the Ethiopian human rights file deteriorates, the government launched wars against their allies in Eritrea, on a border dispute in 1996-1998. The wars ended with a peace treaty in December 2000.

The Eritrea-Ethiopia Border Commission remotely demarcated the border by geographical coordinate in 2007.

The final demarcation of the boundary on the ground is on hold currently because of Ethiopia objection to an international commission's finding requiring it to surrender territory considered sensitive to Ethiopia.

Do you have another point of view?

Can you prove it?

Do you want to just comment on the Ethiopian Political Scene, or write articles about it?

Use the comment C2 entries form below and receive many GIFTS from the "Thank You" page when you submit the comments form. Thank you.

The Ethiopian politics changes every decade to reflect the schemes planned by the TPLF . This has happened for more than 2 decades and now changes are …

Comments on the ETHIOPIAN POLITICAL SCENE appear on this spot or section of the page, below the comments form and this paragraph. If you didn't comment, yet, please consider to do that before leaving to another Ethiopian issue. Thanks.

The Solo Build It! tools on the link at the bottom empower this page about the Ethiopian Political Scene! You can get them to empower anything you know about and you can build it a thriving internet business.