Kenya has survived nearly five decades after the independence in 1963, as a functioning nation-state.

The land takes its name from a mountain by the same name and it was one of the British protectorates in East Africa from the year 1895 to the year 1920. 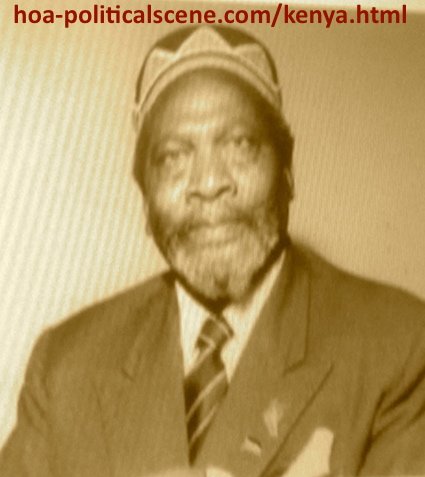 hoa-politicalscene.com: Jomo Kenyatta, the first president, a picture from the archives. If you do have a better picture, please upload it by the form at the end of the page. Thanks.

During the operation of the Mau Mau from 1952 until 1959, the land was sieged by emergency. The liberation movement was one of the inspiring movements in Africa.

It became a colony between 1920-1963. By then the land gained its independence and became a republic, with Jomo Kenyatta, the leader of the Mau Mau liberation movement, who became a legend, as a president.

The Mau Mau itself becomes inspirational for other movements in Africa and a symbol in patriotic songs, such as the Sudanese song poetry. This genre of songs is called the national song.

The Kenyan state existed with regular elections, its borders intact and without experiencing war or military rule. However, some observers and writers, such as Charles Hornsby, see that the independence of the land has always been circumscribed by its failure to transcend its colonial past. 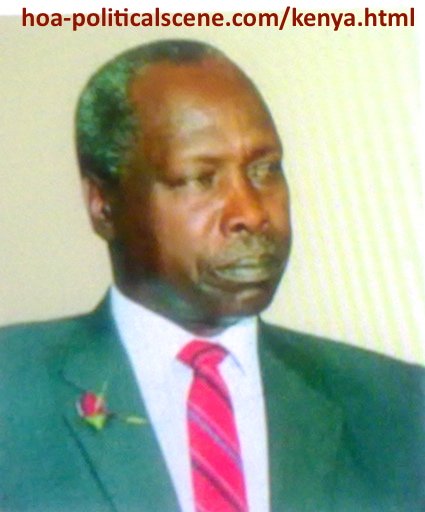 hoa-politicalscene.com: Daniel Arap Moi, the second president, a picture from the archives. If you do have a better picture, please upload it by the form at the end of the page. Thanks.

They consider that the governments have failed to achieve adequate living conditions for most of its citizens; and its politics have been fraught with controversy, illustrated most recently by the post-election protests and violence in 2007.

They think that the decisions of the early years of independence accompanied with the acts of its leaders decades after decades since - Jomo Kenyatta, Tom Mboya and Oginga Odinga to Daniel arap Moi and Mwai Kibaki - have changed the country's path in unpredictable ways. 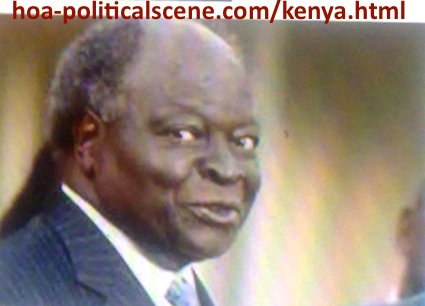 hoa-politicalscene.com: Mwai Kibaki, the third president, a picture from the archives. If you do have a better picture, please upload it by the form at the end of the page. Thanks.

Although that is half the truth, but the governing styles from decade to decade were developed to bring democracy forward. Despite that the system was corrupted easily after Kenyatta.

Observers see according to this that the political elite's endless struggle for access to state resources has damaged Kenya's economy and the political exploitation of ethnicity still threatens the country's stability.

In this definitive new history and following Charles Hornsby we find him demonstrates how independent Kenya's politics have been dominated by a struggle to deliver security, impartiality, efficiency and growth.

He approaches how the legacies of the past have continued to undermine their achievement, making the long-term future of this land far from certain. 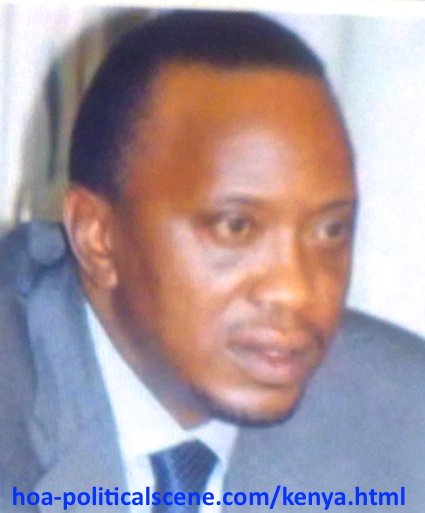 hoa-politicalscene.com: Uhuru Kenyatta, fourth president, a picture from the archives. If you do have a better picture, please upload it by the form at the end of the page. Thanks.

Kenya Country Profile - hoa-politicalscene.com/kenya-country-profile.html: The first knowledge of every thing politics in this nation starts here at its profile, which includes description of the system, lines of historical and geographical matters and excerpts of economical growth.

Kenya's Political Scene - hoa-politicalscene.com/kenya-political-scene.html: Just from decade to decade, the political scene in this state jumps to the head of the news. Following up is very important. So, read what's available, or provide the late hit of the news to keep us updated. Thnaks.

In addition to the political issues in this state you may also be interested in exploring Kenya as a travel destination. See Kilimanjaro, Serengeti and The Massai and some movies shot in this state at TVCinemaApp.

The primary site map 3 A, Eritrea

Are you from the area? Do you know what is going on? Are you fluent in English and Arabic? Freelancers wanted! Fill the form here and provide details about you and a summary to news or one topic analysis.