Correct the Brief History of Somalia!

The brief history of Somalia summarizes the political changes! The tribal and religious conflicts in Somalia have consequences in the political deterioration through Somalia's history from 1991 until now.

First the brief history in Somalia highlights how the religious and the Somali tribes produced the disaster we know in Somalia.

Second, we learn that the outcome of such combination between the religion and the tribes is disastrous. From this point, we understand that the solution is secularism, as it is not only the political philosophy, but the mechanism needed to build modern secular state and correct the brief history of Somalia.

We see through this brief history of Somalia how the connection between the religion and the Somali clans have brought interim weak governments to seek regional and international recognition.

At that deceitful moment of the Somalian history, the religious leaders in Somali sneaked their way to the political chair.

This in turn has brought the Somali troublemakers called al Shabab to the Somali political scene to play the main role in this political scene, escalate Somalia's political problems and enforce their agendas over the other political fractions in the devastated state of Somalia.

Through these political events we see the overall Somali political situation and therefore we focus on it positively to enlighten the people of Somalia, where the political illiteracy dominates and the policy of absenteeism continues to make the political news worse.

The mentioned political absenteeism is the consequence of the Somali composition of clans and religion. It implies that there are not modern secular Somali political parties and it obviously has produced millions of Somali refugees and Somali displaced people. 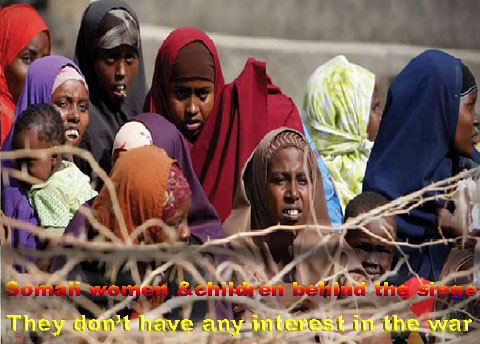 Here is more information I have collected to highlight the brief history of Somalia. However, some concrete information may be missing. If you knew it better, please do correct it or share your point of view through the comments form on this page. Thanks.

The brief history of Somalia starts from the 1990s. In May 1991, the northern clans in the Somali National Front declared the independence of Somaliland including the administrative regions of Woqooyi Galbeed, Awdal, Togdheer, Sanaaq and Sool. They worked hard, so the stable existence of Somaliland has maintained to some levels.

The regions of Bari, Nugaal and northern Mudug comprise a neighboring self-declared autonomous state of Puntland. This area has experienced self-governing since 1998 although it has not aimed to be independent.

The front, or the movement has also made strides toward reconstructing a legitimate, representative government but has suffered some civil strife. Puntland disputes its border with Somaliland as it also claims portions of eastern Sool and Sanaag.

In the other parts of Somalia, the UN humanitarian effort was able to alleviate famine during two years in 1993. However, the UN withdrew in 1995 after having suffered significant casualties and the disorder continued since then. The brief history of Somalia has taken another shape since then.

A two-year peace process led by Kenya under the auspices of the Intergovernmental Authority on Development (IGAD), concluded in October 2004 with the formation of an interim government led by Abdullah Yusuf Ahmed as President of the Transitional Federal Government of Somalia (TFG).

President Yusuf resigned in 2008 while the UN-sponsored talks between the TFG and the opposition Alliance for the Re-liberation of Somalia (ARS) were under way in Djibouti.

The brief history of Somalia witnessed hard conditions when Ethiopia sent its military forces in December 2006 to support the TFG and stop the advanced forces of the Council of Islamic Courts (CIC).

The Ethiopian troops withdrew from Somalia following the creation of a TFG-ARS unity government in January 2009.

At least 1,000 people have reported been killed and more than 600,000 displaced during 2008 because of the intense fighting between the Ethiopian backed government troops and the insurgents.

In Kenya, the humanitarian efforts maintained some levels of humanitarian help working some projects for Somali women and children including the DAFI through which some Somali refugees attended educational classes.

Since the change of the new TFG, the brief history of Somalia has taken another shift. After the formation of the unity government, the seats in TFA increased to 550 seats by adding 275 seats for ARS members of parliament.

As the first round of voting began, several candidates withdrew, increasing the speculation that the vote would largely be a choice between Nur Hassan Hussein and Ahmed.

Following the first round, Ahmed got 215 votes, Maslah Mohamed Siad 60 votes and Nur Hassan 59 votes. Nur then withdrew his candidacy, sealing the election of Ahmed as president. In the final round of the presidential election, he prevailed with 293 votes.

The expanded parliament elected Sheikh Sharif Sheikh Ahmed the former CIC and ARS chairman as president on 31 January 2009, at the Kempinski hotel in Djibouti. Subsequently on 13 February 2009, he nominated Omer Sharmarke to become Prime Minster at a meeting in Djibouti.

The nomination was not accepted by many Somalis, though. Many Somalis called that time to change the Somali prime minister.

In addition to the brief history of Somalia, which you can complete by writing about it in the form below, you may also be interested in the following Somali pages:

In addition to the linked pages above and the brief history of Somalia, here are the main Somali pages and the Somali commentaries:

Do you have any story to add to the brief history of Somalia?

Is there any wrong information on the brief history of Somalia?

If so, please do bring it in here using the form below. You can use the same form to write about Somalia or to comment on this page about the brief history of Somalia.

Comments on the brief history of Somalia appear at the second section of the page above, when you, or other visitors write them through the form and submit it. Do that and receive some useful gifts from the second page.

I used Solo Build It's strong website building and optimizing tools to build the Brief History of Somalia. Why not use them to build a thriving internet business? Solo Build It is so affordable and more practical than any traditional host.