"Me, and Mao Tse-tung" is one of the articles I wrote about the Sudanese traditional mentality and especially the educational mentality of some headmasters in the intermediate schools long time ago, approximately around the late 1960s. 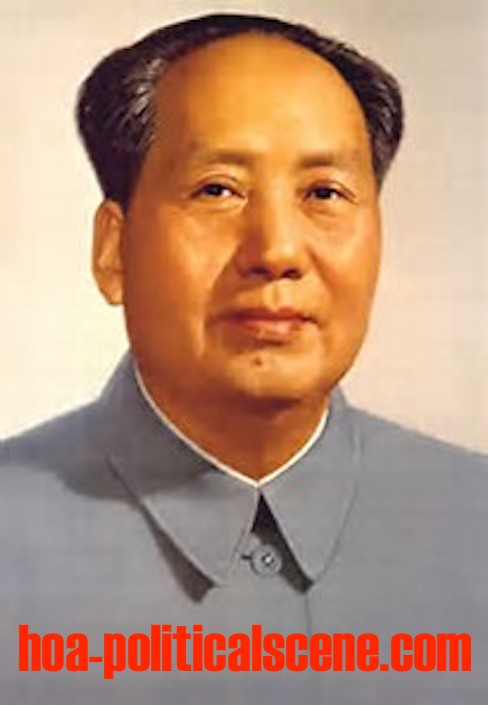 How do you understand the Sudanese traditional mentality?

The question gets tough those days when it comes to the case of submitting the Sudanese dictatorial regime to the International Criminal Court (ICC). Although we are living in the twenty-one century, we have some folk there in Sudan who do not recognize the UN's organizations and authorities and the non-governmental organizaions (NGOs).

This article I wrote long ago, about "Mao Tse-tung and Me", reveals how even intermediate school's directors could treat international cultures very bad; and it highlights the development of the traditional mentality in Sudan.

Me and Mao Tse-tung!

That was exactly before the second Sudanese military dictator Jafar al Numiery took over power through his coup d'etat in May 25, 1969.

I was at the final level in the intermediate school, and I was about to receive the results of the high secondary school examination that time.

I read many of Mao's Red Books during the second democracy in the Sudanese history.

It was called democracy, but I was not sure if it really was!

I always have many DOTS in the Sudanese way of understanding DEMOCRACY and practicing it, because the three periods of what they call democracy in Sudan led to dictatorship. So, what are the odds?

Well, early in that year of my age in the intermediate school, I had much respect for Mao Tse-Tung so I wore one of his red beautiful Medals on my T-shirt just over the heart.

I came this way one evening to the school and I found my classroom-door closed. Just before I put my hand on the doorknob, I heard the heavy steps and the voice of the headmaster coming along the corridor. I pushed the door open and entered the classroom to hear some of the students singing and to see one of them dancing.

At that specific moment and exactly while I held my index finger over my lips saying "shshsh", the headmaster entered, glanced like an eagle and captured the full "perspective"... everything, even the small details. He was a "rightist" member of one of the top governing parties.

The student who was dancing was a son of a well-known Islamic figure in the town and a grandson of an Imam. He is a great medicine doctor by now. And I who carried Mao Tse-tung's thoughts, am a son of a well-known unionist party's member. The majority of my comrades were from the middle class, except few of them who were aristocratic.

So, when the headmaster heard the music, saw who was dancing there and fixed his eyes on Mao Tse-Tung on my chest, he got crazy enough to pull Mao until my T-Shirt came into pieces on his fat hand.

I was not afraid at all although he gathered all the school next morning to lecture the students on that event and to punch us. He slashed both of us very hard 30 times in front of all the students.

That incident had happened in the second turn of what they call democracy in Sudan!

So, for this reason and other logical political points I say: Sudan knows no democracy since what's so called independence!

We've got up to this moment right there two political categories, which consist of 1- The Military Dictatorship and 2- The Civil Dictatorship! Bravo! Clap to them!

And since the Civil Dictatorship built up its mechanical majority dependent on the climate of illiteracy, it still influences the very simple and traditionally Muslim Sudanese people by an alleged Islamic emotions.

So it gave the army its "climax" three times to bring those militant adventurers to power. The army took over power not to correct this situation but to be more and aggressively fundamentalist.

Nowadays the third military dictatorial regime plays the political game very wise, by importing the same Islamic emotions and using them against the innocent Sudanese people, its neighbours and the World.

They are still (donkeyenizing) the people, maybe some neighbouring countries, and the world, but not me, Khalid Osman!

This article about "Me and Mao Tse-tung" is not about communism, although it seems to be! It is neither about those "Old Golden Days" when we had two powers in the global system, nor about this "New World Order" nowadays, which proves to be "New World Disorder"! It is a simple day-to-day story from our poor continent.

Please make those links clickable when you publish this article. I just noticed that some people don't adhere to the publishing guidelines. 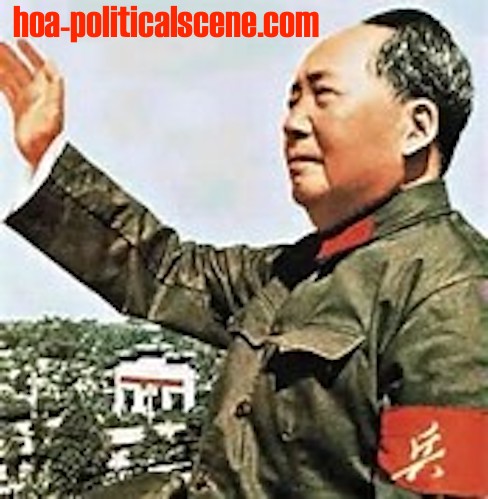 Mao Tse-tung in an article at hoa-politicalscene.com/mao-tse-tung.html by journalist Khalid Mohammed Osman.

Do you know Khalid Mohammed Osman?

If you know, write a brief bio of Khalid Mohammed Osman in the following form here. Hey, you can write about those you know by this name too, since there are so many people who are called Khalid Osman out there. Provide full names, professional career insights and work experiences. You will recieve invaluable 3 e-books for this simple CV indexing. 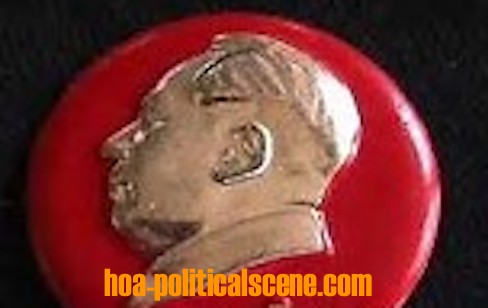 You can share this article about Me and Mao Tse Tung with your services through the buttons here, on the left column below the navigation bar or at the bottom of the page.

Want to comment on "Me, and Mao Tse-tung" article?

You can comment on "Me, and Mao Tse-tung" article, the entire HOA's Political Scene or even write any relevant article using the form below. Please use this form reasonably and don't spam it. The system deletes any comment spam.


Have a Great Story about or from the Horn of Africa?