This is Eritrea Country Profile. The page is old. If there are some changes to the profile of the country of Eritrea, please write them in the comments form at the bottom of the page. Thanks. 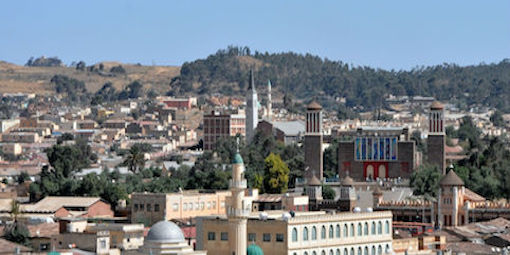 hoa-politicalscene.com/eritrea-country-profile.html - Overlook - view from the Eritrean capital city of Asmara, the cleanest city in the Horn of Africa, with much Italian architectural styles, which make it a little Rome.

Location: Eritrea is located in the Horn of Africa, in Eastern Africa, bordering the Red Sea, Djibouti and Sudan. It extends over 1000 km from Ras Kassar (north) to Ras Dumiera (south) in the strait of Bab – el – mendeb bounded on the west by the Sudan, on the south by Ethiopia, on the south by Djibouti and across the sea by Saudi Arabia and Yemen. Eritrea is with an area (including the Dahlak Archipelago) of 124,324 sq. km. it consists of a high plateau and a coastal plain ranging in altitude from the highest mountain, Amba Soira (3010) to the lowest Danakil Depression 100m below sea level. 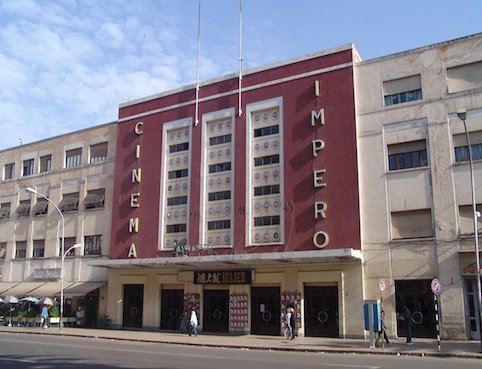 hoa-politicalscene.com/eritrea-country-profile.html - Overlook - view from the Eritrean capital city of Asmara, at cinema Impero on the main Independence Street.

Legal System: is not built completely yet. Primary basis is the Ethiopian legal code of 1957 with revisions; new civil, commercial, and penal codes have not yet been promulgated; the national constitution was formerly proclaimed on May 24, 1997; government issues unilateral proclamations setting laws and policies; also relies on customary and post-independence-enacted laws and, for civil cases involving Muslims, Islamic law; does not accept compulsory International Court of Justice (ICJ) jurisdiction.

National Legislature: Consists of 150 seats for the National Assembly, composed of members of the only one ruling party, People's Front for Democracy and Justice (PFDJ). 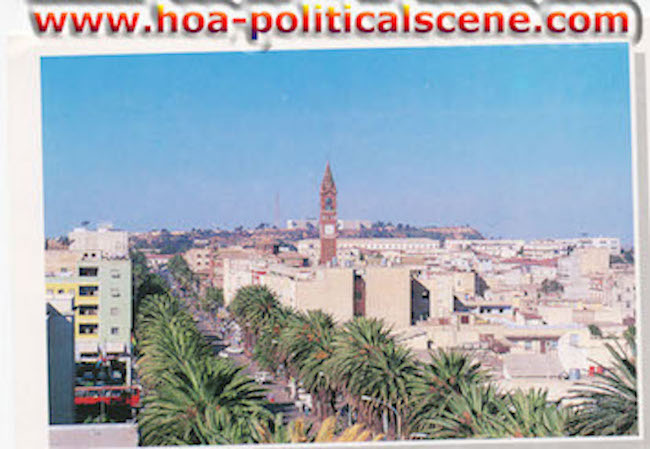 hoa-politicalscene.com/eritrea-country-profile.html - Overlook - view from the Eritrean capital city of Asmara, at central Asmara on the main Independence Street. 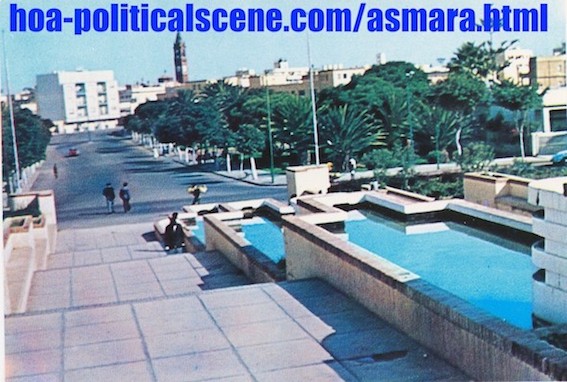 hoa-politicalscene.com/eritrea-country-profile.html - Overlook - view from the Eritrean capital city of Asmara, at Asmara Mai Jahja on the way to Gazabanda Tilian.