The Sudanese political parties are the real problems in Sudan.

Sudan needs to have new parties that take the country as a whole as a unit of ethnicities and beliefs and take the state as a secular concept and forbid religious parties in a country such as Sudan, with all that is said about ethnicity and belief. 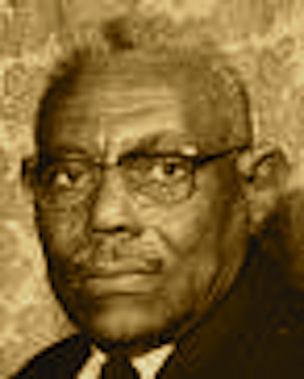 Sudan is not the Saudi Arabia and not the Arabian states in the gulf. Even in the gulf, which is so different from Sudan and which is probably relevant to Islamic things they just say, “Sharia” but they don’t take it seriously.

The problem is that the Sudanese political parties don’t know even in this age of enlightenment what the real problem in Sudan is. Of course, there is only one party with a vision to understand the real problem. But, the problem of that party is the way the party thinks and the methods the party uses.

At least, you need to connect the dots. You will also need to continue this page on other pages in the HOA Political Scene, such as the Sudanese Sectarian Parties and other relevant pages below. Enjoy!

How the Sudanese Political Parties Think about Just One Issue?

I said the political deterioration continued from the starting day of the independence and we could find the proofs of the political problems in Sudan even in the late news.

All of that seems as if the sectarian Sudanese political parties have never learned from their historical political mistakes, or perhaps they are unwilling to admit guilty.

Now see what has happened this year.

It is an extension of what was called the National Islamic Front (NIF) led by Turabi. It is well known that there is a strategic alliance between the Umma Party and the NIF, through a marriage of convenience.

That marriage smelts the two parties and plays a role in the disruption, which engulfs Sudan, where these families came to dominate. However, the two parties are separate at the political surface to throw ashes on the eyes.

The Sudanese National Alliance (SNA) rejected the so-called compromise agreement and said that there are no new items in it. SNA declared in a statement issued on May 25 that the new agreement is contained in the Comprehensive Peace Agreement and the Convention of Cairo.

The speaker of the Sudanese National Alliance described the signing of the agreement as retreat of the Umma Party from what the Sudanese political parties in the opposition have agreed on, especially the agreement on the electoral law.

More than that Sudanese National Alliance considered the new agreement as devoted to religious state because it puts Sharia jurisprudence (Islamic interpretation to the law) above the law.

Now the fruits of the signing of the so-called compromise agreement began to appear when the regime appointed the son of the party leader is a position in the army as colonel.

The Sudanese Communist Party (SCP) announced the party's ideas to emerge from the current political crises in Sudan in a statement issued on May 24. The SCP stressed the party's commitment to implement all agreements signed by the Sudanese political parties in the opposition and the National Conference.

The party calls for solving Darfur Crisis by acting towards implementing the demands of the people's movements of Darfur during the past five years. The Sudanese Communist Party says the first steps to take in this regard, are as the following:

The Communist Party described the agreement between the two wings of the Muslim Brothers (represented in the NIF government and the Umma Party) as an attempt to enshrine religious state and the Sharia laws of September 1983.

The SCP said this act is a retreat to the same situation in the past, which has developed the recent crises. The truth is that those religious parties are the seeds of terrorism. The NIF was the real player of creating the terrorist group the world knows. See terrorism in movies at the TV Cinema App Blog.

Originally, the political problems in Sudan or the crises have emerged from that past, and developed into the crucial situation the country suffers.

The Communist Party said about the agreement between the Umma party and the National Congress and what the agreement mentioned about the elections, that it is out of all the unanimous political powers including the Umma Party itself and the SPLM have agreed on.

The party considers this agreement, as only compromising a bilateral agreement between the Umma Party and the National Congress, in reference to something like this, as a strategic alliance between the two parties.

What the Communist Party did not mention is that, this agreement in fact is a strategic horizon of conspiracy, since the Umma party is the supporter of the country's radical wing called the National Islamic Front. So, ﻿the Comprehensive Peace Agreement has perplexed the Sudanese﻿.

According to the agreement, alleged distribution of constituencies by 50% for the geographic circuits and 50% of the circuits of proportional representation is agreed on.

The representation of women according to the agreement is by 25%, which is completely neglecting the role of women in the society and in the development.

The Communist Party said that the only way out of the crisis is to hold a national conference in which all comprehensive political powers and national figures contribute.

The party urged this point of view in a meeting with the President of the dictatorial regime in the Sudan, Omar al Bashir in the framework of his meetings with the Sudanese National Alliance.

The bilateral agreement between the Umma and the ruling party calls to initiate efforts to interact positively with what was agreed upon by the two parties, and work to revitalize relations between cadres and bipartisan cooperation in the sectors building block and the student unions and commissions.

This agreement aims to maintain unity of the two parties. However, they are in fact one party with many different wings.

There are more pages below to read about the Sudanese political parties!

Midan, issue No. 2075 issued on Tuesday, May 27, 2008 covers hot news of Sudan, which spreads worries about the nation. The news confirmed the view of the Communist Party of Sudan in all the fixed fateful issues of Sudan. Read and support AlMidan.

Here is a message to the voice of the Communist Party. Take the newspaper to a reliable web service you trust, as I have changed linking to the newspaper many times, because it is always inaccessible. Broken links hurts this website.

Have comments on the Sudanese Political Parties?

Comments on the Sudanese Political Parties appear on the section of the page below the comment form. I hope that you share your political views on the disastrous situation in what was called Sudan.

Share the Sudanese Political Parties page with your social media, forward it to your friends, like and tweet to spread the word of honesty and trust and let all fight those terrorists.

In addition to the Sudanese Political Parties, here are more political pages on the HOA Political Scene Blog about Sudan: