Why People Fear the Referendum in Southern Sudan?

Fears escalate while the referendum in southern Sudan approaches very fast in the absence of solutions to raddled, incoherent, ethnical and sectarian problems and the requirements of independent state. 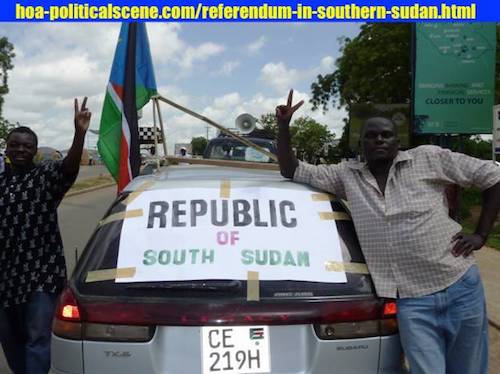 politicalscene.com/referendum-in-southern-sudan.html - Referendum in Southern Sudan: Secession is a stupid thing and now you will learn that you were wrong. No legitimate regime to offer that.

Here are the highlights to the most complicated self-determination process in Sudan, the biggest country in the African continent.

Instead of thinking about whether the southern Sudan will say farewell to the northern Sudan or not, in the coming referendum in 2011, it is better to think of what will fare with the South Sudan after the referendum. 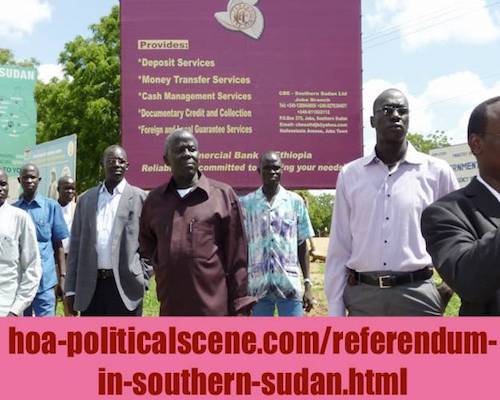 Worried people in both the south Sudan and north Sudan should think seriously of the security threats the referendum in Southern Sudan poses on the south.

The security threats wise people fear, could possibly be the worst and lead to severe wars, even from the war in the entire Sudanese country that continued for more than half a century.

When the stupid Ethio-Eritrean wars erupted in the late nineties to threaten the sudanese Armes opposition in Asmara and Addis Ababa, and even before that, I presented a conference paper titled "Peace Mechanisms" and on that paper I predictably warned of these threats.

And now days, during this, different reports and studies show some potential dangers that could make the south Sudan mosey towards uncertain future if the Sudanese people there vote for session. 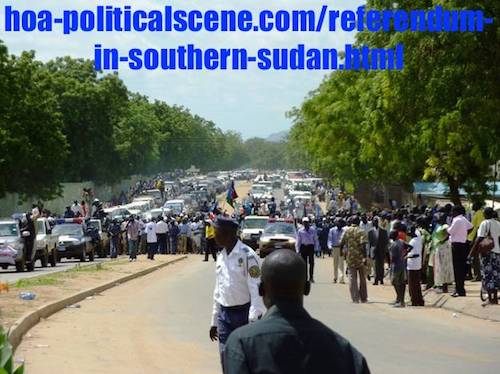 politicalscene.com/referendum-in-southern-sudan.html - Referendum in Southern Sudan: Secession destroys the integrity of the south.

Both of the ruling parties in the north and the south of Sudan used heavy security methods to abuse the rights of the people for the elections to take place and won the elections with the absence of fair elections campaigns for their competitors.

However, the challenges of ethnicity in the south Sudan appear more dangerous than in the north and they lay heavy weight in the area and pose threats to that would be Southern Sudan State after the referendum in Southern Sudan.

In addition, the secession will be dangerous for millions of people from the south Sudan who live now in stability in the north.

Could the coming government in the independent south Sudan handle such challenge, repatriating, housing and creating vacancies, educational and health capacities for those millions of people from the south? 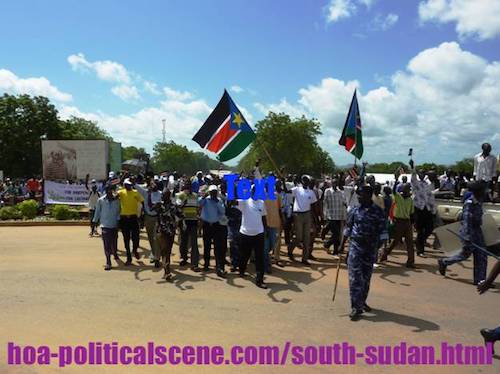 If the government has the capacity to take the task to achieve that, could it resolve the ethnical problem of those people when they arrive at the south?

Not forgetting the fact that many of those people love to live in the north, the question we may ask is could those people stay there in such situation and could the government in the north continue providing the necessary living facilities for them.

How would the government there treat any disorder caused by those people? How would be responsible of the outcomes of such situation if foreseen problems happened in the future?

The current situations in the southern states of Greater Bahr al Ghazal, Eastern Equatoria and Upper Nile pose threats to the peace and the security in the south after the referendum in Southern Sudan if the people decided on session.

Many non-answered questions in this regard make the situation loose and inhomogeneous after the referendum in the Southern Sudan.

A research done by Pat World Org on Sudan, the technical skills and capacity program that works throughout Africa, Asia and Latin America, suggests that failures of the Comprehensive Peace Accord (CPA) in Sudan are showing in the continuation of the shortages of decentralization, tribal conflict, marginalized human sectorial powers and the continuation of cattle-raiding.

Increasing violence in the south before, during and after the elections killed more than 2,500 people and displaced 350,000 people in the south in 2009. Some other sources indicated that the process of building peace and the development and humanitarian approaches are still insufficient.

Destin Development Studies Institute, said in full documentary research entitled Southern Sudan at Odds with Itself: Dynamics of Conflict and Predicaments of Peace, the process "contributed to the dynamics of the ongoing conflict."

The documentary sees that traditional leaders and chiefs have lost their roles as society leaders in favour of the ruling party, which increased the rule of law and the problems of the government.

It suggests that neglecting the traditional leaders may "shift readily towards the establishment of ethnic fiefdoms by equating ethnicity with government structures and access to resources".

I completed this article about the referendum in southern Sudan and you can continue reading it from the link below the following form.

When you click on Southern Sudan at Odds to read the PDF, please take your time to write comments about it on this page or tell us what you think about the complicated political situation in the south, the requirements of the the referendum in Southern Sudan and the self-determination as a choice. Thanks.

Tensions in Southern Sudan are Bad Signs for the Referendum! Not rated yet
Reports say the April rigged election in the south Sudan combined with abuses committed by the security forces have encouraged proxy militias to be active …

See documentaries on this topic and hear news at the TVCinemaApp.com.

It is good idea to forward this page about the referendum in Southern Sudan to your friends from the form page at Forward HOA Political Scene. Share it by link with your social, please.

In addition, if you have not subscribed to HOA Political Scene Newsletter yet, subscribe to it at the form above the navigation bar. Thanks.

I use Solo Build It's tools you see on the last image bar at the bottom to empower this page about the referendum in Southern Sudan. Those great website building and optimizing tools empower the entire HOA Political Scene Network.