The Sudanese Advocacy that some Sudanese activists, some young people and I have always been giving through decades has mobilized the Sudanese masses towards winning the Sudanese intifada. Did they win anything? 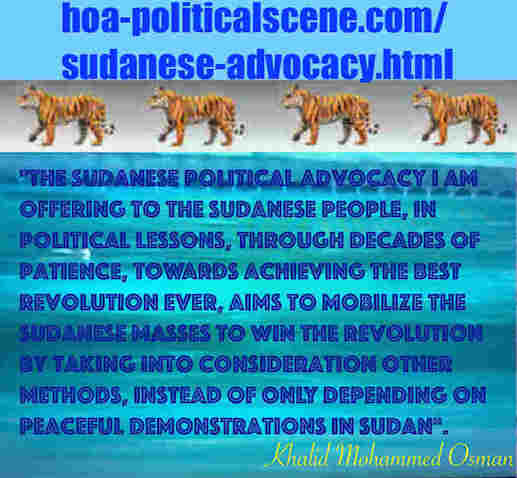 There is not winning, even partially until this moment, because the totalitarian regime still appears to be in power. It is not in power officially, though because it has not any logical existence, in the daily life of the Sudanese people. This regime is dead factually, since long time ago.

Despite that, all of the Sudanese revolution is unable to expel its remains out of the ruling chair.

How weak we are?

why is the failure?

Before getting to answers, there is an introduction to get to know the series of articles the following lines run through. The Sudanese Advocacy is episode 11 in a sequence of Sudanese articles.

The sequence of political articles and political commentaries started with episode one and continued through, as described with other episodes of the sequence on the following introduction.

The Sudanese Commentaries and the Sudanese Comments are epiosoes in a Sudanese sequnce of articles on the HOA Index. With the other episodes they make the HOA Network bilingual with the Arabic HOA and the English Bilingual HOA.

I am still working on the Sudanese sequence of political artilces to complete it in an alphabetical and numerical order, as you see from the alphabet of the second term and the numbers. 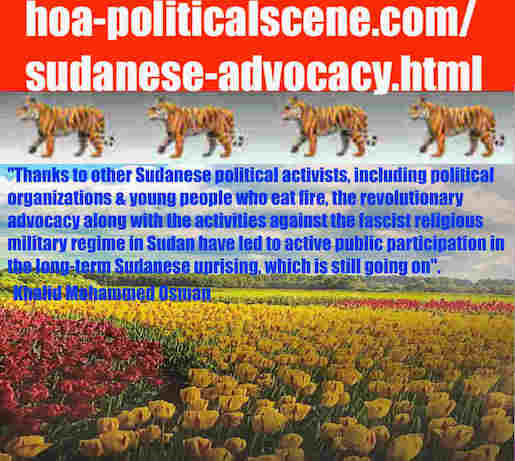 We can do that by taking into consideration other methods, instead of only depending on peaceful demonstrations in Sudan. See ANNUMOR ALSUDANYAH, for this.

Thanks to other Sudanese political activists, including political organizations and young people who eat fire, the revolutionary advocacy along with the activities against the fascist religious military regime in Sudan have led to active public participation in the long-term Sudanese rising, which is still going on.

Again, we might not win the Sudanese uprising, until we take other methods in the revolution.

Despite the Sudanese Advocacy, There are Still Shortcomings!

But, despite the Sudanese political advocacy... there are still shortcomings in this Sudanese revolutionary work that we are doing in many ways, as I explained.

As we observe the failure we see many reasons for it. I am the Sudanese journalist Khalid Mohammed Osman and I have explained all of this by the titles of: 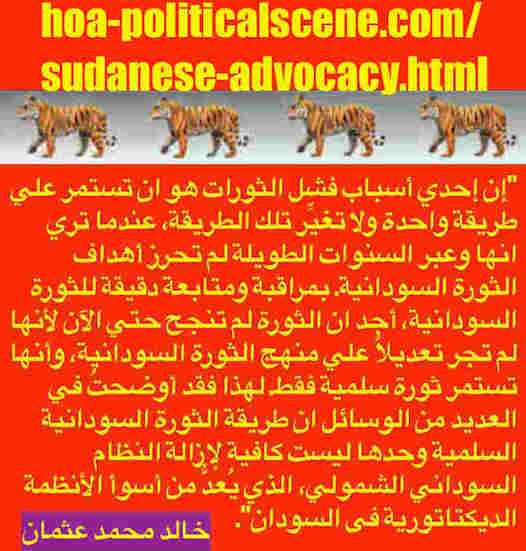 We know that any public political action like this can be frustrating in the long run if it does not lead to tangible results by removing the so-called Sudanese National Congress Party. We know that such revolutionary action needs more than peaceful Sudanese protests.

One of the reasons for the failure of the Sudanese rising is to continue in one way and not change that way, when you see that way over the long years did not achieve the objectives of the Sudanese uprising.

The revolution has not succeeded completely so far because there has not been an amendment to the approach of the Sudanese revolution, and it continues only as a peaceful revolution.

For this reason, I have made it clear in many ways that the Sudanese peaceful revolution alone is not enough to remove the totalitarian Sudanese regime, which is one of the worst dictatorships in Sudan.

The totalitarian regime benefited from the lessons of the Sudanese dictatorial regimes before it, such as Abrahem Abboud and Jaafar al-Nimeiri. 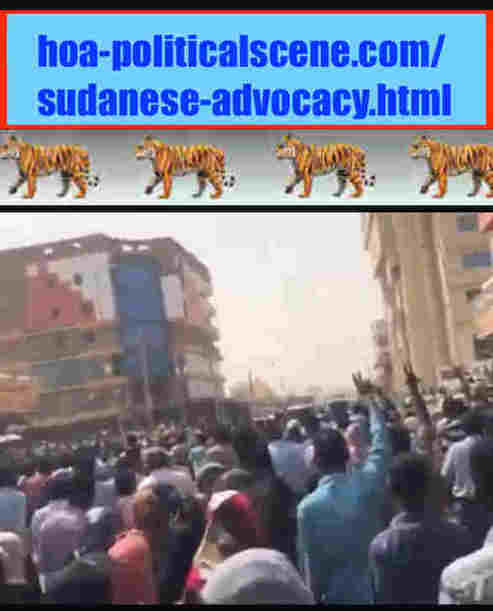 Although we see now and now only that the totalitarian regime did not benefit from some of these political lessons, because it continued to repeat the mistakes of those regimes, but, in fact it uses all the benefits from those political lessons in breaking the mechanisms of the masses when they revolt against it.

The Sudanese totalitarian regime began by what it has learned to use new mechanisms to curb the revolutions of Sudan. It also began to empty the mechanisms of the revolution and dismantel all the means of success.

The Sudanese regime learned even more when it cracked down on the Sudanese opposition by drawing the Sudan People's Liberation Movement (SPLM) into the Sudan's peace negotiations, which had achieved the Comprehensive Peace Agreement, which was nothing more than a comprehensive secession agreement for Sudan.

The Sudanese advocacy I am offering to the Sudanese people, in political lessons, through decades of patience, towards achieving the best revolution ever, aims to mobilize the Sudanese masses to win the revolution by taking into consideration other methods, instead of only depending on peaceful demonstrations in Sudan.

Have Another Sudanese Advocacy?

Comments on SUDANESE ADVOCACY, or new articles highlighting Sudan appear on the section of the page below the comments form and above this paragraph.