The Sudanese Commentaries are in a sequence of Sudanese political articles in Arabic and English. 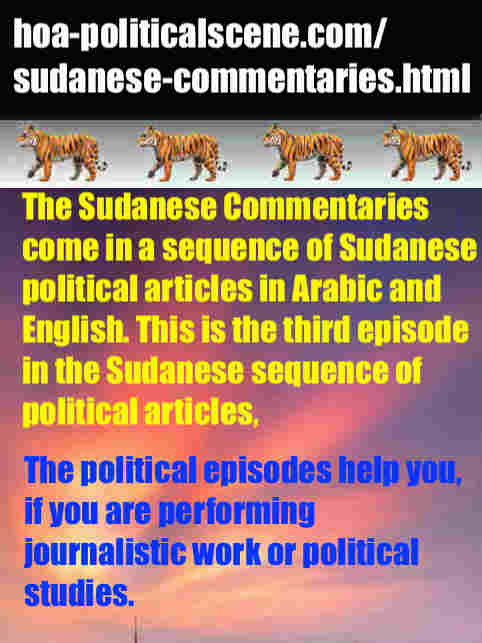 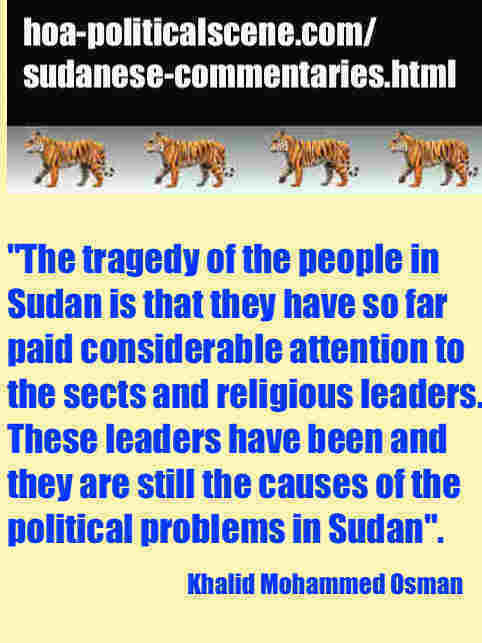 Such kind of policy is always practiced by the Muslim Brothers of Sudan. They practice this policy by changing plans, strategies and tactics and by changing the name of the party to fit the demands of each decade.

When they are quite of sure of the success of their tactics and policies they planned the military coup in 1989 to be in power for ever. At that time many of them have been heard saying that "after this we will never surrender and we will remain in power until we submit this power to the Messiah".

They said this even though they pretend to be Muslims and they know from their Islam that the "Messiah" will return and receive the charter after very bad conditions, where all the people sin and he will come as a saviour to liberate and save those people from sin, bring justice and peace upon earth.

I explained this to a group of them and they threatened me, before I fled from home. I have seen their leader and his wife many times visiting them with a Samson bag full of dollars. I knew that time Mr. Dollar is their guide, but not the Islam. 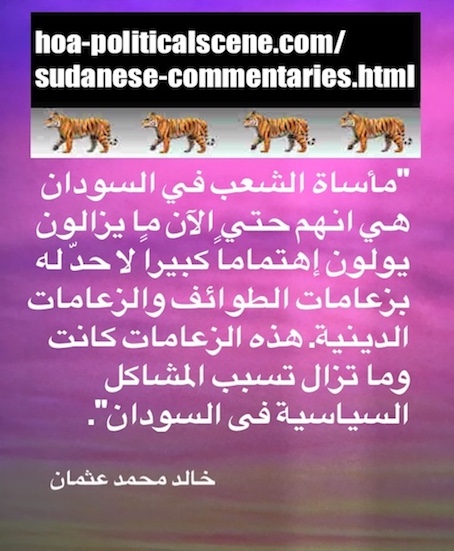 They know that they lie to themselves and anything that they have acquired by lying is fake. They keep lying, as if they don't know that the truth will come out, one day.

Lying, in the case of individuals, is personal and we don't care about any personal thing, until it affects the public.

The authorities in Sudan lie too. They lie, whether they are civilians, or militants. The power and wealth they get from their lies keep them lying.

When the public discover the lies, they break up in demonstrations to storm the streets.

Lies of authorities are not just about personal issues. They are about deceiving the public, by not telling the truth about any problem, whether it is cultural, economical, political, or social.

What I define in the article is that people don't know that lying has three colors. One, or two of these colors might not be harmful. But, the third is damn so harmful. That is lying to the public. 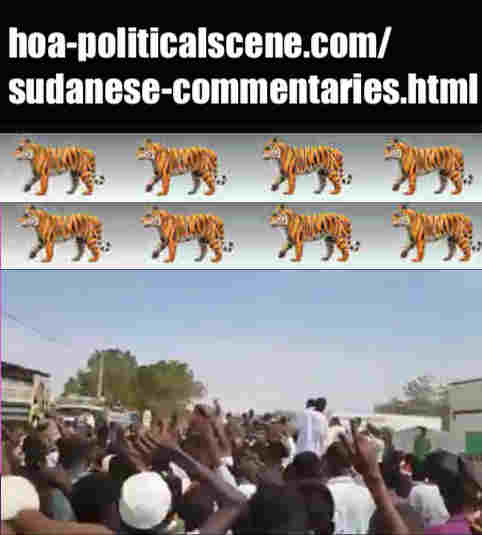 Did you find the Sudanese Commentaries useful?

Use the Comment C2 Entries form to comment, or to write about Sudan. Your comments will add values to "Comments on Sudan".

Climate change with its epidemics, hazardous waste and nuclear and chemical weaponry threaten the masses everywhere. The global masses should put an end to all of this. The LPE of the masses era is the global dynamics (solution) to all of this. It is the only process to make the world better. Veteran activist, journalist and poet Khalid Mohammed Osman provides it.