The HOA Political Scene 34 has two short articles in this edition, plus of course the permanent columns, "Beauty of the Words" and "Love Whispers".

So, it is sweet and short to the point. However, you may find other interesting relevant items to the topics of this newsletter in between the lines. Have those catchy eyes?... Enjoy, your catch.

You know the topics of those two permanent columns, are you?

If you are a subscriber to the newsletter, you absolutely know what I write about on the issues I sent to you. If not, why not consider to subscribe to the HOA's Political Scene Newsletter and confirm your subscription. You'll get an email to confirm subscription, when you fill the form of the newsletter at the top left column.

The first article comes with a little humour especially at the time that investigators found Chinese bullets in Darfur.

The second article is about the relations between the fundamentalist ruling party in Sudan and the American Administration, in the lights of the American policy in North Africa and the Middle East.

Have a nice reading and please do share your opinion.

While chatting with some comrades in the Sudanese revolution from the south, somewhere in one of the beautiful cities in this world, my friend, who is a tall black person, said that his Dinka tribe came originally from Asia.

When he saw my eyes wide open and my ears began to curve, he said seriously his ancestors came from China, and then stressed saying, "no, do not think this is because of this strong beer, I have had only five bottles."

"Well," I said, "of course, it is not because of the beer, but how could smaller people be taller like you? If I accept the gold could be coal during some kinds of evolution, through long history; so my Darwinian friend, let Darwin go away and tell me about your new evolution theory!"

I was serious at that moment, because I am kinda a person who likes new ideas, with some humour, even if they were far from being true. That was my own way to reach the truth about something, sometimes.

My friend took some cheers with some people sitting around laughing, relaxed and then said, "Seriously, that is what I have in my history and because you do not understand our oral language, I will be happy to translate some of it from our traditional literature to you someday."

What happens in Sudan now along with a recent report on Darfur in the Security Council, about some Chinese bullets investigators have found in Darfur, reminded me of that chat with my southern friend! I smiled, while I was here at this line and then got a new crazy idea.

Why not the southerners in Sudan go back to China and those from Arabic backgrounds go back to their origins and then give all the Sudanese natural treasures to people who know how to invest them and develop them for the sake of poor people?

Of course, this is better than having black currency market thieves who became political leaders capitalize on the Sudanese efforts and treasures, import weapons from Russia and China to kill the people and suck them all.

Nothing will solve the political problems in Sudan rather than to pick up the uprising now.

** There is no intention to antagonize any race in this article in HOA Political Scene 34. It is only a way of creative writing, thinking and criticizing the political developments in Sudan, with a little humour.

Did the War on Terror End in Sudan?

Democracy and justice in Sudan do not mean anything to some international political powers such as the ruling system in the United State.

Many people do not understand until this moment the root of the relations between the right wing parties, especially those claimed to be Islamic parties with the American powers and their policy in the Middle East and North Africa.

Reviewing this policy in Sudan and other countries could raise many questions. In regards to Sudan, the question could be simple.

Up on the surface there is no progress; perhaps, until there were some hidden agendas. The American interpretation to this step comes to say it is necessary to help the ruling party carry the referendum in the south in its time and to facilitate some kind of processes. That was what the American delegation threw to the media.

At the same time, the American delegation in the Sudanese conflict advised the two partners of the peace agreement to solve the issue of the referendum in Abeiy by sharing it between the north and the south; a suggestion the southern partner in the peace agreement rejects.

The rejection of the SPLM in the south came at the time well explained by some facts in the ground of Abeiy, which had faced serious unrest and the rights of its people to decide their future after that prolonged unrest.

From this American scenario, it is clear that the ideology of the war on terror does not matter more than urgent economical interests in the political game.

In other words, the dictatorial regime in Sudan plays this sneaky game by changing its skin to pass the complicated political situation, and the American party plays it to gain more political and economical interests in the future.

But, what about the war on terror in Afghanistan especially it is well known that the ruling party in Sudan was one of the fundamental feeders of the terror? Will it end too?

Many people could possibly ask these questions and never find answers to them until they read more. Find some answers. Take the following resources at Schiller Institute, La Rouche - Arabic and La Rouche - English.

** Disclaimer: This article in HOA Political Scene 34 is never against people and it is advised by citizen journalism. It only highlights policies that could harm the people here and there.

This (as it happens column) comes to make HOA Political Scene 34 more appealing and break that sticky stone in our feelings.

If you love whispering words, flying butterflies, essences and ecstasies, then the following (beauty of the words) means something to you. Let me read yours through the comment forms and our friends will read it here in the coming editions of the newsletter.

Now I will tell you about a secret here in HOA Political Scene 34. While you are at this line, refresh the page and you will read different quotes in the lines above when you did.

"I will become a wolf when the moon turns round tonight and come to eat you ;-)"

Happy Halloween to those who live and enjoy it.

If you wanted to enter new comment, but not to reply to comments on HOA Political Scene 34, do that through the form. Thanks.

Please share HOA Political Scene 34 with your social media through the small buttons on this page. Thanks.


Are You Intellectual, Journalist, Poet, Artists or Writer? 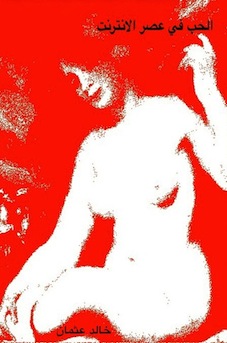