Sudan Tweets anxiously and genuinely. Many of its tweets are up to the point to criticize what's really going on in Sudan, after what they call the fall of the regime of the National Congress Party, led by the criminal dictator Omar al-Bashir, who is one of the top military leading members of the Muslim Brothers Party. 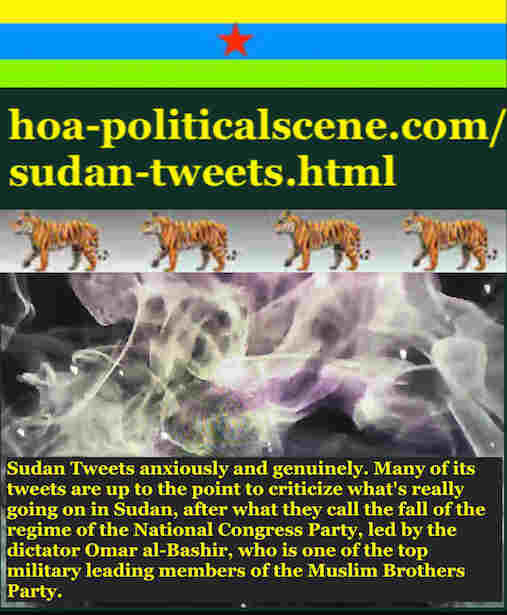 Did it really fall?

They are so many "if so"s here to examine, as examples of the mess the conspiracy agreement has brought Sudan into.

* See the Arabic version of this page at Khartoum's Political Tweets, might be linked also in the related pages section below the images.

Get Sudan Tweets on Pictures Hanged on Public Places to Create More Awareness!

Just print the pictures to fix on walls in public places. You will do a great deal of revolution by doing so. 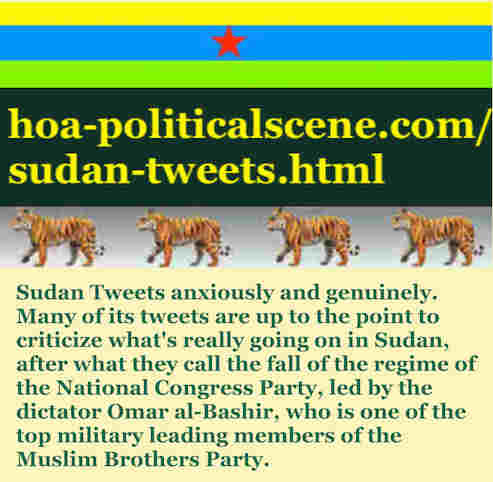 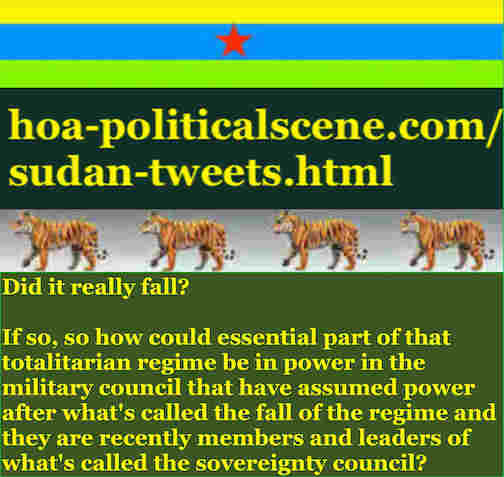 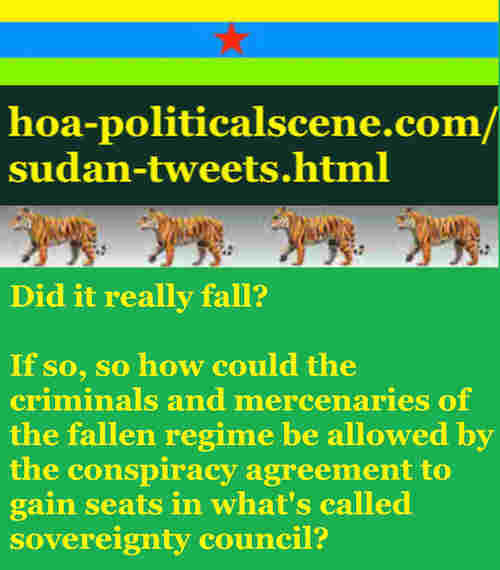 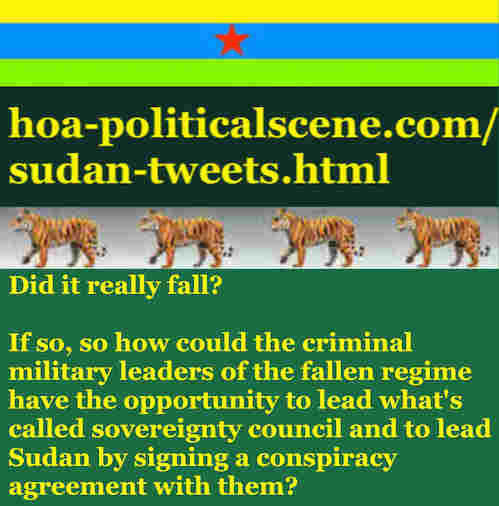 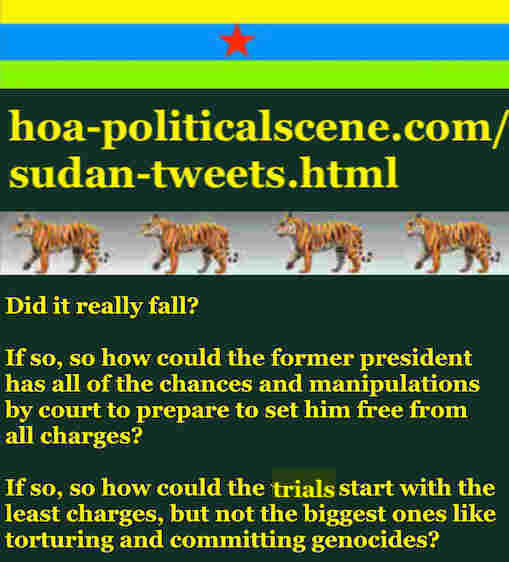 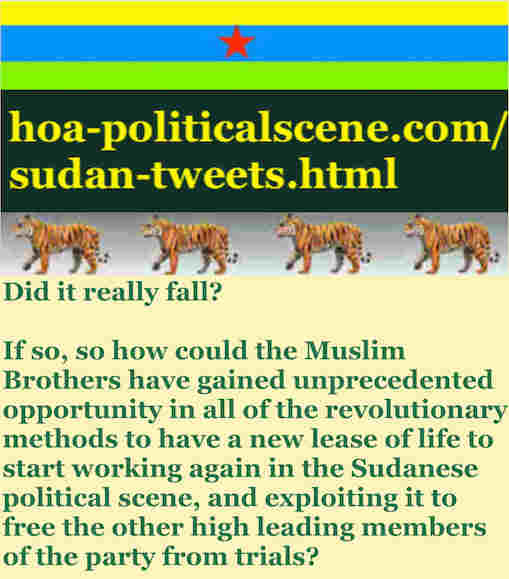 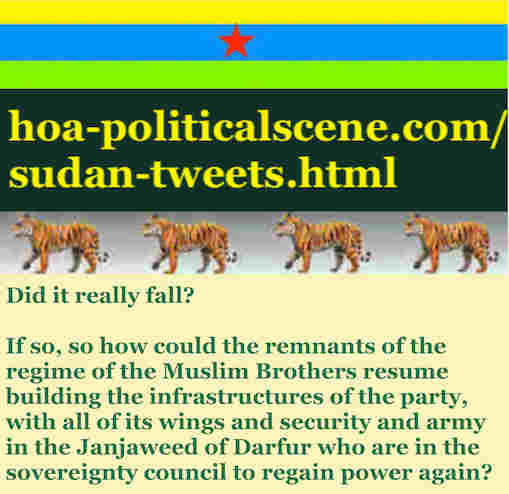 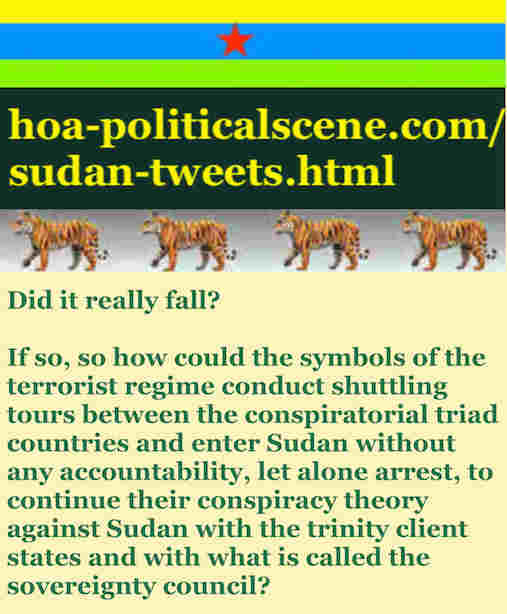 Use the following form to write comments on Sudan Tweets, or about the political events in Sudan. Share the pictures with your social and do more with them (e.g hang them on public places) to create more awareness. Thanks.

* Please when you write comments on Sudan Tweets, provide the system with confidential information including name and email for the system to notify you of comments on your entry.

The confidential info is secured.

You can watch the Sudanese events moving and some documentaries, when you move from Sudan Tweets to documentary film at the TVCinemaApp.com.

Comment C2 Entries on Sudan Tweets, or comments on the political events in Sudan appear at the section of the page you see below the comments form and above this paragraph.