Sudan's democracy isn't just a cliche of democracy from the western style. It is a misleading democracy, which I consider as the same as the Sudanese politics that still works in Sudan to deceive the masses, since the independence of Sudan from Britain in 1956. 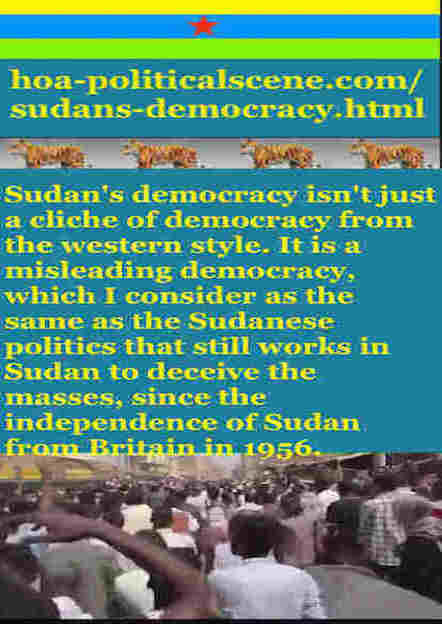 It doesn't only deceive the masses, though. It "donkeynizes" them and makes fools of them through decades of interior wars, the mass killings of innocent people, the rapping of women and very young girls, the torture operations of national opponents and the robbing of the national treasure of Sudan in cooperation with Arabs conspirators in the regimes of Saudi Arabia and the United Arabs Emirates.

So, Sudan has never known the right democracy since the independence, despite what was called the periods of democracy in Sudan through which Sudan was led by some political parties during different three decades. 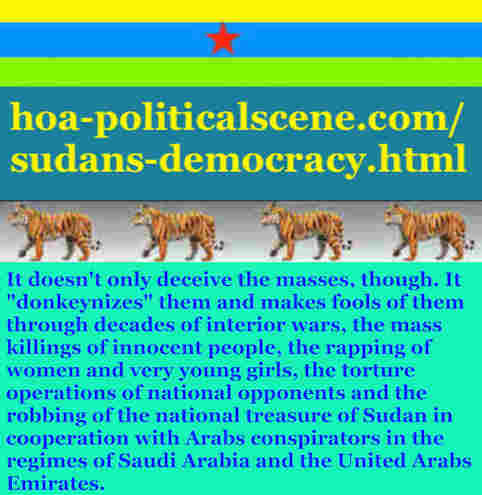 How to Understand Sudan's democracy?

What they used to do until their last collapse in 1989 became a motive to a coup carried out by the person of interests in the marriage of convenience, who was leading the National Islamic Front - NIF at that time, when he moved the loyal officers of the Muslim Brothers party in the army to overthrow the government of his brother-in-law al-Sadiq al-Mahdi.

So, as religious parties they will always have social contracts to work for the benefits of each other, despite the fact that the NIF used the military to carry the coup against the sectarian government. The leaders forgive each other, even if one of them betray the other.

You'll see this clearly in this period after having the remnants of the regime of the Muslim Brothers succeeded to press the Power of Freedom and Change to sign the conspiring agreement against the Sudanese revolution with them, so they could assume the political power by leading what's called the sovereignty council. 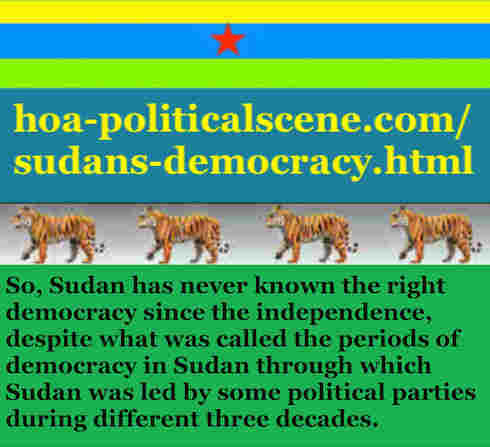 That means there is nothing big that have been achieved through the revolution in Sudan that responds to the call of the Sudanese protestors to eliminate the remnant of the terrorist regime of the Muslim Brothers, who are the founders of international terrorism, prosecute them, ban their party and retain the stolen money from the Sudanese national treasury.

The Power of Freedom and Change has this mechanisms of representing the leads of sectarianism amalgamated with new political groups, including some military momvement groups, and some Sudanese political parties built on the grounds of some Arabic parties, although the Arabic parties have destroyed their original countries. 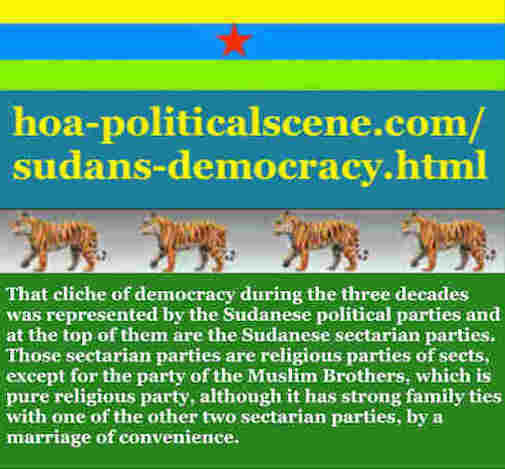 What You Learned from Sudan's democracy?

So, use the following form to write comments on Sudan's democracy and make sure to enter your email address (it's protected) to receive responses on your entry. Thanks.

You can watch democratic movements, including things about the Sudan's democracy on documentary film at TVCinemaApp.com.

Comment C2 Entries on SUDAN'S DEMOCRACY appear on the section of the page you see below the comments entry form and this paragraph.